David Mazza, a Buck Hill Falls homeowner, was inspired to organize support for a music festival in the Pocono Mountains after a jewel box opera performance in the summer of 2009 received an enthusiastic response from the community. Dr. Mazza is a prominent physician based in New York City who has  appeared yearly for over the past 20 years on “Best Doctors” lists published by New York magazine, The New York Times, and Castle Connolly. He is a past president of the New York Allergy, Asthma and Immunology Society and has held academic positions at Columbia University and New York University. He is currently a member of the Concorde Medical Group, the largest private practice group affiliated with the New York University Langone Medical Center.

Marianne Zychal, President of the Board 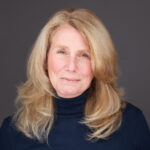 Marianne Zychal, was honored to be invited to join the music festival board in 2016 and to be elected as President in 2019.  Ms. Zychal grew up in the Pocono Mountains and attended the Pocono Mountain High School where the music festival’s camp is held each year.  During her high school years she experienced first hand how arts programs foster development, confidence and a sense of community.  As a result, she has a deep appreciation for  the mission of the music festival and camp and all that they bring to the region.  Ms. Zychal retired from J.P. Morgan Chase & Co. after a 25 year career, first as a lawyer and then Managing Director heading a retirement business.  She resides in Buck Hill Falls, PA  and Denver, CO with her husband Chuck Hood. 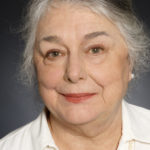 Barbara Andres was born-in-a-trunk to the musical comedy team, Masters and Rollins. She debuted on Broadway in the 1969 musical Jimmy followed by The Boy Friend, Rodgers and Hart, Rex, On Golden Pond, Doonesbury, Kiss of the Spider Woman, A Delicate Balance, and Cabaret. Ms. Andres’ extensive television and film credits include Law and Order, all three productions, Gossip Girl, Damages, RescueMe, What About Bob?, After the Storm, Random Hearts, and Thirteen Conversations About One Thing. In 2014 she was a Drama Desk Best Actress Nominee for her performance in I Remember Mama. 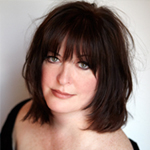 Ann Hampton Callaway is one of the leading champions of the great American Songbook, having made her mark as a singer, pianist, composer, lyricist, arranger, actress, educator, TV host and producer. Her unique singing style blends jazz and traditional pop, making her a mainstay in concert halls, theaters and jazz clubs as well as in the recording studio, on television, and in film. She is best known for Tony-nominated performance in the hit Broadway musical Swing! and for writing and singing the theme song to the hit TV series The Nanny. Ms. Callaway is a Platinum Award-winning writer whose songs are featured on seven of Barbra Streisand’s recent CDs. The only composer to have collaborated with Cole Porter, she has also written songs with Carole King, Rolf Lovland and Barbara Carroll, to name a few.
Tony Kushner 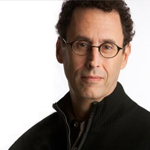 Tony Kushner’s plays include A Bright Room Called Day; Angels in America, Parts One and Two; Slavs!; Homebody/Kabul; Caroline, or Change, a musical with composer Jeanine Tesori; and The Intelligent Homosexual’s Guide To Capitalism And Socialism With A Key To The Scriptures. Mr. Kushner is the recipient of a Pulitzer Prize, two Tony Awards, three Obie Awards, two Evening Standard Awards, an Olivier Award, an Emmy Award and an Oscar nomination, among other honors. 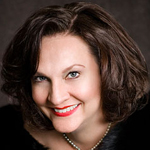 Victoria Livengood’s multifaceted, powerhouse performances have led critics to hail her as “one of the leading singer-actresses of her generation.” Ms. Livengood made her critically acclaimed Met debut in 1991 in Luisa Miller under James Levine’s baton. Since then she has become known for her dynamic portrayals in more than 100 Met performances, including the title role of Carmen opposite Placido Domingo. She has sung over 75 different roles with opera companies around the world. 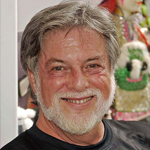 Peter Mark is an international conductor, opera coach, and masterclass teacher. He was the founding general and artistic director of Virginia Opera (1975-2010) and of International Opera Alliance, as well as founding artistic director of the Buck Hill Skytop Music Festival and the new Lyric Opera Virginia. Maestro Mark has conducted well over 100 opera productions on Virginia stages. He has conducted internationally from the Royal Opera House in London to the Teatro Colon in Buenos Aires to the Pacific Opera Victoria in Canada. 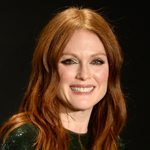 Julianne Moore is an Emmy Award-winning and Academy Award-winning actress and children’s book author. She is an ambassador for Save the Children’s U.S. programs and the founder of the organization’s Valentine’s Day program. She is active in Planned Parenthood and the Tuberous Sclerosis Alliance. Ms. Moore lives in New York City with her family. 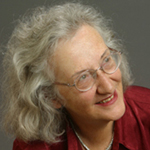 Rich and powerful musical language and a strong sense of drama have made Scottish-American composer Thea Musgrave one of the most respected and exciting contemporary composers in the Western world. From time to time, she conducts her own work including the premiere performance of Mary, Queen of Scots at the 1977 Edinburgh International Festival and later with the San Francisco Spring Opera; her ballet Beauty and the Beast; and orchestral works with the BBC Symphony, Royal Philharmonic Orchestra, and English Chamber Orchestra. Ms. Musgrave was awarded the Commander of the Most Excellent Order of the British Empire from Queen Elizabeth in 2002. 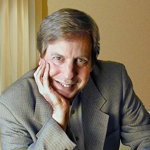 Jimmy Roberts composed the music for I Love You, You’re Perfect, Now Change, the second longest-running Off Broadway musical ever, written with playwright Joe DiPietro. He is noted for two other scores, The Thing About Men, voted Best Musical of 2003 by the New York Outer Critics Circle, and The Velveteen Rabbit, a children’s musical, which toured the U.S. for ten years. As a pianist (Merkin Hall, Steinway Hall, Time Warner Center), he has been praised for the intriguing way he blends classical pieces with popular standards. He is a graduate of the Manhattan School of Music, where he studied with noted pianist, Constance Keene. 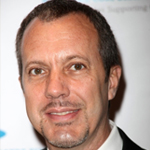 Patrick Vaccariello is a sought after music director, conductor and arranger, both on Broadway and internationally. Mr. Vaccariello has served as the Music Director of the Tony awards for the past three years, and has served as music director or music supervisor for the Broadway and National Tour productions of Hugh Jackman: Back on Broadway, West Side Story, Come Fly Away, Lend Me a Tenor, Gypsy (with Patti LuPone and Bernadette Peters), A Chorus Line, La Cage Aux Follies, The Boy from Oz, Cabaret, and many others. Internationally, Mr. Vaccariello has had the pleasure of conducting The Music of Andrew Lloyd Webber worldwide, including at Beijing’s Great Hall of the People; Cabaret at Paris’ Theatre Marigny; and Hugh Jackman in his solo show, Hugh Jackman in Performance, at Toronto’s Princess of Wales Theater. Mr. Vaccariello has worked with some of the biggest stars in the world, not only on Broadway, but also in opera and dance. He currently serves as an adjunct professor at NYU’s Steinhart School and has taught workshops for students at both the Yale School of Drama and the Hartt School of Music.